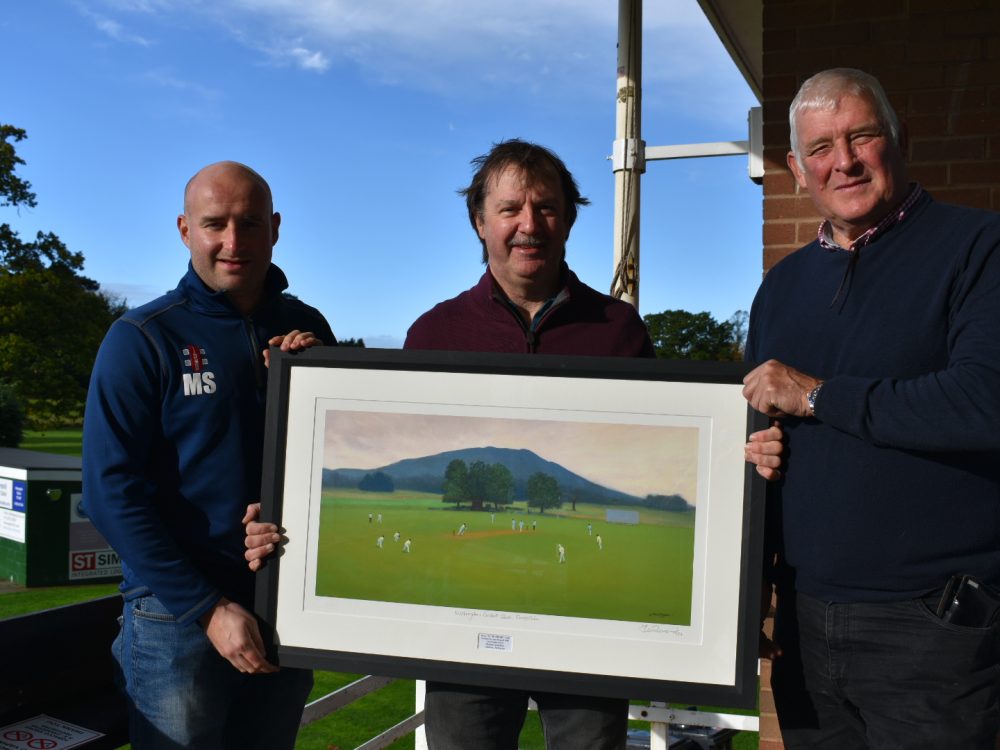 Shropshire sports fans will be able to grab a unique gift this Christmas – an iconic local landscape painted by one of England’s cricketing greats.

Russell’s canvas captures the final throes of a late summer match as the light begins to fade behind the distinctive outline of the Wrekin.

The former Gloucestershire wicketkeeper said the quality of natural light, combined with the gentle beauty of the local landscapes, makes it a pleasure to paint in the Shropshire countryside.

“I thoroughly enjoyed this commission. Orleton Park has such a beautiful setting and I was made to feel so welcome by the members here.”

Russell even bumped into a old friend from his playing days whilst painting the work – allowing him to reminisce on his distinguished career.

A cult hero for his lightening quick glovework, he played 54 tests and 40 one-day internationals for England – before embarking on a second calling as a self-taught artist.

“It is wonderful to reconnect with my past. It is at grounds like Wellington that I learned and fell in love with the sport.”

Malcolm Shambley, of Limetree Landscapes, is a long time sponsor and supporter of Wellington Cricket Club and commissioned the work for his private use.

“I’ve always wanted a picture of the cricket club looking out from the pavilion balcony towards the Wrekin – and after a conversation with Jack I came up with the idea of commissioning my own.”

He also agreed to release 75 limited edition prints of the work for the club to sell to raise funds. Established in 1947, the club will be celebrating its 75th anniversary next year.

David Ross, secretary of the club, said: “We are delighted that our little ground was able to feature in one of Jack’s paintings. His images sell all over the world and his artistic exploits are well known amongst cricket fans.”

Wellington’s ground is now in esteemed company. Russell has previously captured Lords, Headingley and dozens of other cricket venues since he retired from playing in 2004.

Copies of the print can be ordered now at wellingtoncc.co.uk/jackrussell with a deadline of 30th November for deliveries by Christmas. 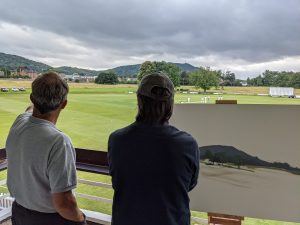 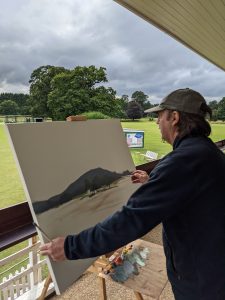