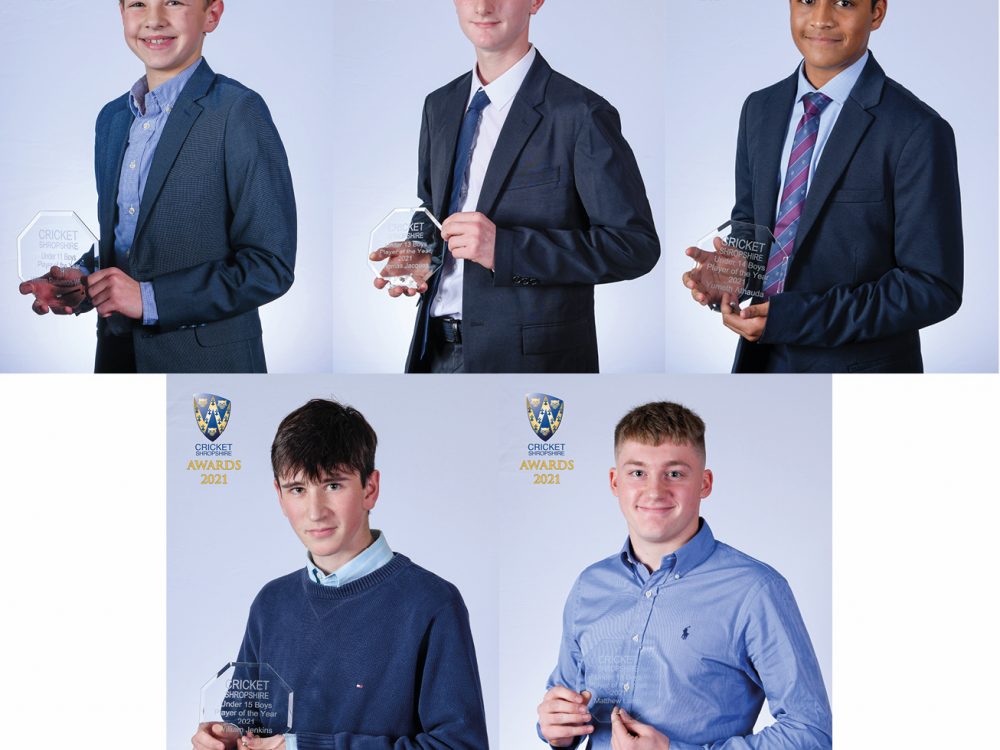 Wellington Winners At Shropshire Cricket Awards Several of our members were recognised at the annual dinner.

Wellington had several reasons to cheer at the recent Shropshire Cricket Awards ceremony at Telford Golf Club. There were two individual awards for Matthew Lamb, whilst Alex Taylor and Luke Goring also picked up trophies for their work at volunteer coaches. The club was also named Ladies Hardball Club of the year for 2021.

Check out what Cricket Shropshire had to say about our winners below.

Under 18 Boys Player Of The Year – Matthew Lamb

Matthew excelled in his first year in the Under 18s age group, as an Under 16. It is exciting for the County that he has two more years of development at this age group and we look forward to working with him to further to continue his progress. He shows great determination to cash in and make big scores when he gets in. He scored two centuries (both against Worcestershire) and one fifty in a summer full of runs. He was rewarded by being involved with Shropshire County Cricket Club’s Academy team and also as part of the 1st XI squad to gain further experience which was fantastic to see. Matthew was also the overall Boys Age Group player of the year.

Luke has become a much-valued volunteer and role model at Wellington. He is undertaking his Foundation One Coaching Course, which follows his involvement with the Under 10s and more recently leading the Under 13 Boys when personal circumstances changed for the original coach. The future of the group was in question without this individual’s selfless intervention.

Due to the impact of Covid, this club saw a serious contraction in junior numbers. Alex initiated free taster sessions, making cricket accessible and attractive – which resulted in over fifty Under 10s taking up membership of the club. Thanks to him and his fellow coaches, the children get to enjoy cricket and develop their game.

Wellington have continued to perform on the hardball stage over a number of years. Progressing young girls through their own club pathway to play key roles within the hardball ladies’ team. The team captain works hard to ensure the women and girls have the opportunity to play hardball cricket leading the team to play high level competitive cricket whilst supporting their development as a team and individual players.