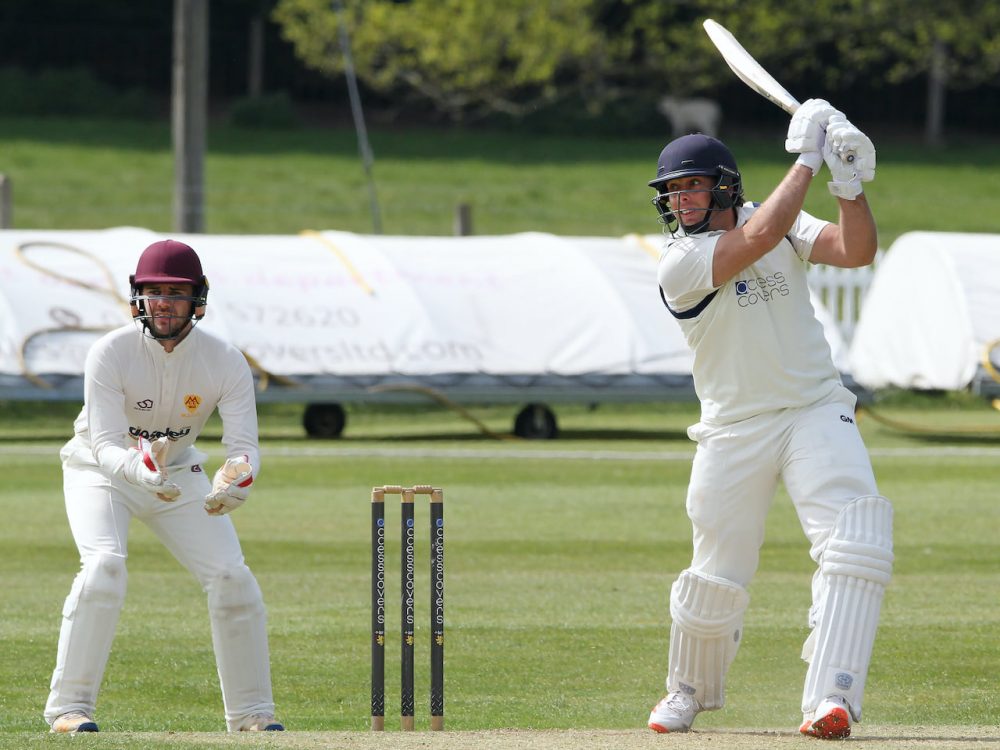 Week Two Review: Wellington Undone In Derby But the 3rds and 4ths are off to a winning start.

Wellington were handed a heavy defeat to Telford rivals Madeley after floundering with the bat at Orleton Park. Captain Wendell Wagner lost the toss as his side were asked to set a total by the visitors. Unfortunately they caught Martin Boyle in inspired form and his 5-36 was the stand-out performance for the bowling side. Dan Lloyd (39) offered resistance for Wellington, alongside Sam Bloor (28*), as they attempted to rescutitate the innings from 34-5. However, after sharing a lengthy partnership, the tail fell away quickly, leaving Wellington with a sub-par tally of 104 all out. The hosts failed to make the early inroads their low score required and Madeley shared an opening stand of 55 to steady their nerves, setting up a five-wicket win. Sam Bloor continued his fine early season form with 3-14, but sadly iy was too little, too late.

The 2nd XI had a free week as their match against Newtown was rescheduled to Bank Holiday Monday due to Welsh Covid guidance. As such, the 3rd team were the next cab off the rank, hosting Wheaton Aston in their season opener. After a good opening partnership from the visiting side involving Nathan Whittingham (24) and William Curtiss (62*), the Wellington bowlers began to recover the situation. Henry Morris (2-16) and debutant Harjot Singh (3-14) returned the best figures, helping restrict Wheaton Aston to 146-8 in their 45 overs. Captain Simon Topper (50*) took it on himself to get the job done after opener Steve Pitchford (27) was run out. With six overs and five wickets to spare, it was an impressive win for the 3rds in their first outing.

Also on the winning side were the 4th XI who came out on top on their visit to Much Wenlock in Division Five. However, their season got off to the worst possible start as, batting first, they were 0-2 after just three balls of the new campaign. Alex Brasenell (66) refused to panic as he watched his teammates reduced to 53-5, and he shared an 89-run partnership with skipper Patrick Howells (40) . At the break, Wellington would have been very happy with their total of 186 having endured such a rocky start. Wenlock replied to that total with an opening stand of 49 before Indy Dhaliwal, playing his first match for Wellington, introduced himself with a blistering 4-12. Backed up by some superb fielding from Ben Pilkington (two catches and two run-outs), the visitors were soon on the way to victory – with Dan Ashton (3-4) making short work of the tail. The hosts finished on Nelson, 111 all out.

Wellington played two friendlies on Sunday. The 5th team warmed up for their league campaign by hosting Column II. After a disappointing start with the bat, Shehan Gunarwardena (39) and his son Shaylan (20) helped Wellington to post a total of 134. It proved a simple chase for the Shrewsbury side, who powered their way to victory inside 25 overs, losing just two wickets. Finally, Wellington lost a close club friendly at Allscott Heath. Alex Brasenell (52*) continued his good weekend, and with help from Kumar Singh (41), our side mustered a total of 172-8.  However, despite the best efforts of the bowlers, Allscott came out three-wicket winners after the break.