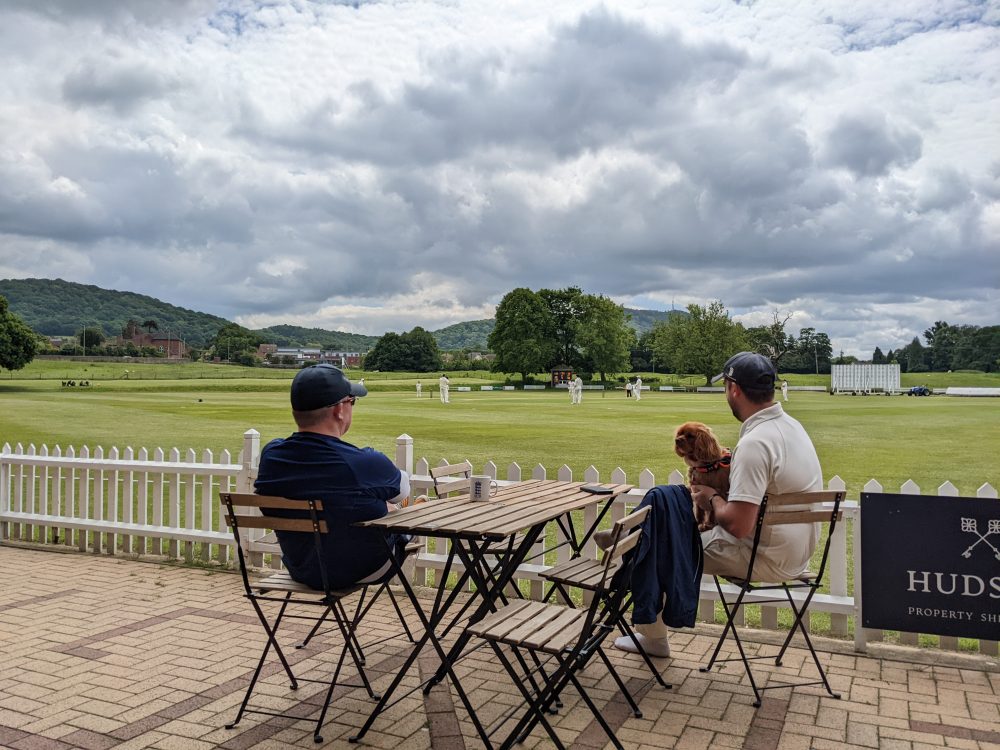 Wellington travelled to Shrewsbury to face table-toppers Sentinel on Saturday, but it turned out to be an afternoon to forget for Dan Lloyd’s side. The visitors chose to bat first and found themselves in all sorts of trouble from the start, losing two wickets in the first over. Luke Goring (18) and William Mashinge (17) both got starts – yet were unable to stop the chaos around them as their team were dismissed for just 79 in 20 overs. Mekyle Pillay (4-46) and Jonathan Evans (6-26) were the main men for Sentinel, whilst Alex Brasenell added 16 down the order. Wendell Wagner and Dan Lloyd both took two wickets in the second innings, but it was a comfortable chase for Sentinel who won by six wickets.

The 2nds welcomed Alberbury to Orleton Park and will have been disappointed to be bowled out in just 41 overs for 167. Ed Bushnell (51) led the way for Wellington, whilst Ian Murphy (18), Stuart Taylor (17) and Martin Weill (14) all got starts. Ed Kneale’s unbeaten 40 glued the reply together for Alberbury who survived a few wobbles to complete a four-wicket win. Taylor (2-29) and Lewis Gough (2-30) were the top performing bowlers on the day.

There was a similar story for the 3rd XI on the road at Pontesbury in Division Two. Rich Atherden (55) and Harjot Singh (35) shared a terrific opening stand for the visitors, but their colleagues down the order offered very little in the way of support once they had gone. Importantly, Wellington were dismissed in less than 40 overs, gifting the opposition an additional five overs to complete their chase. Despite an excellent spell of 14 overs, 2-10, from Harjot Singh, and two wickets for Kamal Aluthgedara, Wellington were not able to force their way into a winning position. Pontesbury won by five wickets.

Wellington 4ths posted a modest total of 146-8 in their 40 overs at home to Allscott II. This was in large part due to Phil Snape (61) who batted the majority of the innings, and an bolshy 27 from youngster Jonathan Evans. However it was seamer Jordan Hyde who had the biggest impact on the game, removing the opposition’s top-order in a spell of 4-25. He was well supported by fellow opener Matt Morris (1-17), before Dave Ross (3-18) completed the win. Allscott’s total of 94 saw them on the end of a heavy loss.

In Sunday’s only match, the 5ths made the short trip to Madeley III – but sadly the club’s weekend fortunes did not change. Jamie Lloyd (59*) and Waqas Ahmed (91) punished the visiting bowlers on a difficult afternoon when each innings was reduced to 35 overs due to rain – that is with the notable exception of Tush Jani (3-19). Madeley made 181-5 from their overs – a difficult and ultimately fruitless ask for Wellington’s batsmen. Kumar Singh’s 35 was the highlight of a second innings which finished well short on 107 all out.