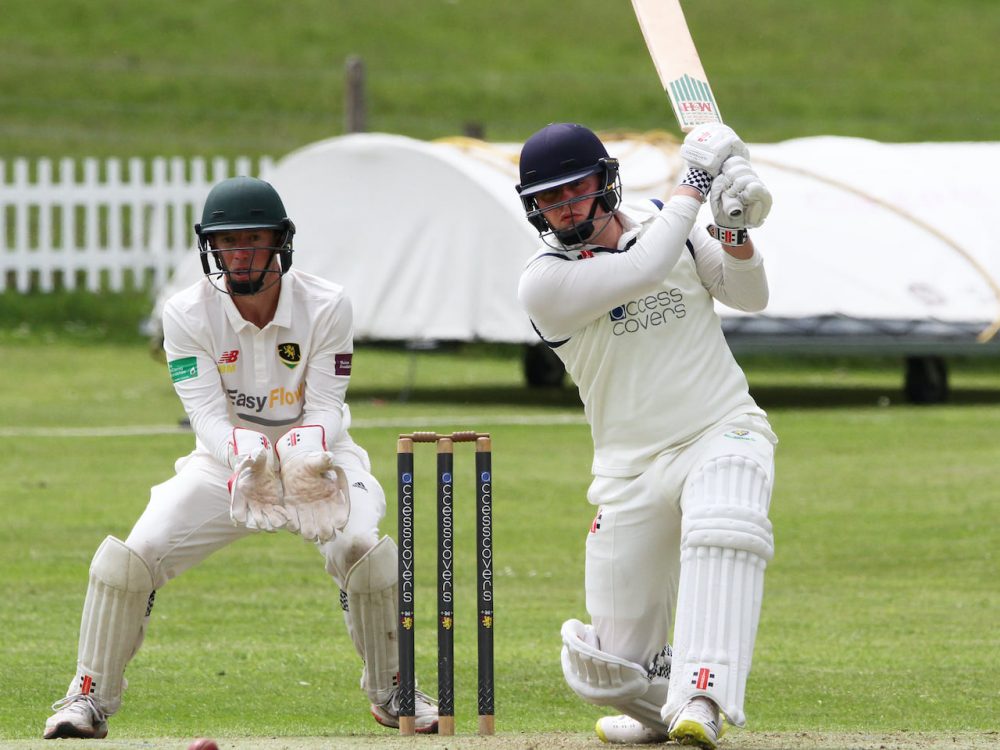 It has been a long wait for cricket to return to Wellington after three washed-out Saturdays, but the weather gods were smiling for once and all games were able to be played.

The 1st XI were looking to build on an emphatic win at Frankton the previous week as they welcome Shelton to Orleton Park. Wellington built up decent first innings total after a series of steady partnerships. Sam Topper (26) and Sam Roberts (33) contributed at the top of the order, before James Flynn (29) and Adithya Manigandan (32) added some impetus later on. The home side’s total of 185-8 in their 50 overs made them favourites at the turn – and their start with the ball put them firmly in control of the match. Steve Brooks (3-13) and Tom Ellis (4-22) were in inspired form and Shelton were soon reeling at 58-8. However there was to be a sting in the tail as the visitors refused to budge – led by Keith Tate (66*). Along with Simon Jones (11 from 69 balls), he held the line for the best part of 28 overs to salavage a draw. Shelton finished on 120-9, leaving Wellington to rue a series of missed chances.

The 2nd XI travelled to Alberbury in what was somehow only their second match of the season after a series of wash-outs. Openers Sam Lloyd (86) and Will Lewin (41) put Wellington in the driving seat after they had lost the toss. Matthew Lamb (31) and Luke Goring (25) helped to drive home the advantage and post a first innings score of 219-6 in 45 overs. After tea, Josh McDonald (2-20), Henry Morris (2-9) and Matt Stinson (3-16) helped to complete a comfortable 112 run victory.

The 3rds were involved in the closest match of the weekend, going down by just five runs at home to Newport II. Wellington struggled to take the wickets they needed in the first innings, which allowerd the visitors to kick on and post 179-7 in their 45 overs – a challenging total. Hamza Bhatti (2-21) and Harjot Singh (2-27) were the pick of the hosts’ bowling, whilst Thomas Newnes hit 51 for Newport. Elliot Byram (24) and Harjot Singh (58) put on 70 for the opening stand in the reply. But Wellington collapsed from 102-1 to 115-6 after a horror show for the middle order. Jack Fishman (39) began to turn the tide of the match as it neared its conclusion, but after his wicket fell the bowlers were unable to get the 3rds over the line.

It was a rather more straightforward encounter for the 4th XI at Knockin II where Pat Howells’ side came away with a big victory. However, the result did not tell the whole story. Wellington’s batsmen found scoring difficult at first as Duncan Taylor (18) knitted the innings together. Ian Murphy provided some energy with a quickfire 29, but after he was dismissed Wellington looked like they may struggle to set a defendable total. However Ben Pilkington (47*) and Faheem Chohan (29*) had other ideas and a blistering final ten overs saw Wellington almost double their total to finish on 149-7. Fired up by their batting heroics, Pilkington (4-9) and Chohan (3-5) turned on the music with the new ball – reducing the hosts to 15-7. They were eventually dimissed for just 36 to complete a great win.

On Sunday, Wellington V travelled to Newport III and also recorded a big victory. Andy Parkyn (3-18), Nadeem (2-14) and Jamie Webb (2-18) helped keep the home side’s scoring under control as they made 134-7 in 40 overs. Dan Ashton (93*) clearly had somewhere to be as he led the victory charge with a fine knock off just 86 balls, including 14 boundaries. He was well supported by Ben Thompson (34*) as Wellington ran out as nine-wicket victors.