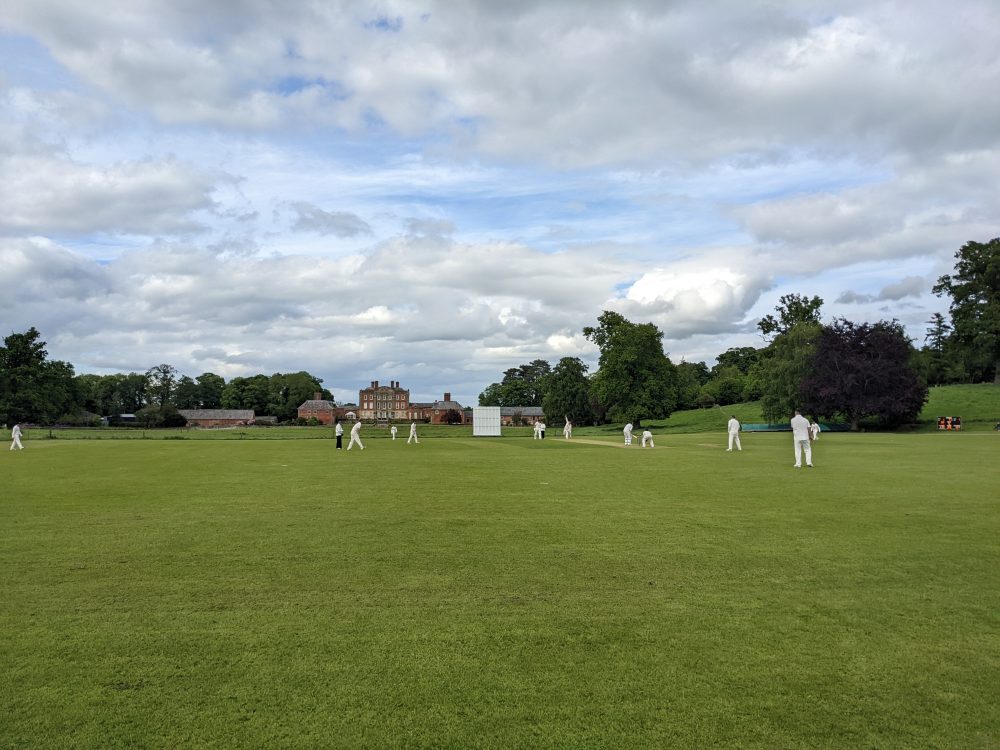 Wellington skipper Dan Lloyd hit his second century of the season at home to Shifnal II to earn a third win on the spin for his side. His 111 came at a run-a-ball pace as the visiting bowlers were made to feel the heat at Orleton Park. Wellington’s other in-form man, William Mashinge, also added 74, whilst Wendell Wagner (24*) helped push the score to an imposing 278-5. Shifnal’s reply was cut short by Mashinge (5-24) and fellow seamer Steve Brooks (4-24) who they found in imperious form on the day. The visitors navigated their way to 61-3 below losing their last seven wickets for just six runs.

Wellington II faced the daunting prospect of a visit to unbeaten table toppers Frankton in Division One. They could not have asked for a better start, reducing the hosts to 36-4 early on. Skipper Matt Stinson produced a fantastic spell of 14 overs up the hill (4-32) to put his side in contention, before Jordan Parry (73) turned the match back in Frankton’s favour. Lewis Gough (3-31) put the innings to bed on 178 all out. Vipul Bhaskar (74*) batted through all 46 overs of Wellington’s response but his partnerships with Ed Bushnell (17) and Stinson (19) were unable to break the spirit of the Frankton bowlers. The visitors had to content themselves with a draw, seeing off a nervous final over on 144-9.

The 3rd XI’s hosting of Knockin on Saturday was certainly a bad day at the office as the visitors ran out comfortable victors. Harjot Singh (28) and Steve Pitchford (26) gave Wellington a decent platform before the innings went south quickly. Wellington slumped from 62-1 to 98 all out as Daniel Morris (5-14) ran riot. Jak Jones (58) made sure of a straightforward chase for Knockin who leapfrogged Wellington in the Division Two table.

The 4th XI’s away fixture at St Georges did not go to plan as the visiting side were bowled out for just 115. Opening batter Dave Morris (52) did his bit at the top of the order, but he enjoyed precious little in the way of support from the rest of the card – with Phil Snape (15) the only other player to make double figures. Pat Howells took 2 for 23 in reply but the result was never in much doubt and St Georges won out by six wickets.

The 5th XI fared better on Sunday when they hosted Knockin III. Batting first, Wellington scored 144 in 37 overs, with Raffay Bhatti (21), Kumar Singh (39) and Jordan Hyde (26) the main performers. After the break the hosts dominated with the ball as openers Tush Jani and Jacob Pryce shared two wickets each. Andy Parkyn also claimed a brace, whilst Hyde completed a good day with the best return of 3 for 6. Knockin’s total of 56 all out ensured a big win for Steve Oliver’s men.

Finally, the Friendly XI travelled to Forton for a keenly fought match which they lost by just one wicket. Paul Willis (43) and Dhairya Jani (41) helped Wellington to their competitive tally of 158. Jani’s 3-21 and Sam Lightwood’s 2-42 delivered their side to the brink of victory, but the hosts held their nerve in the dying stages to secure the win.