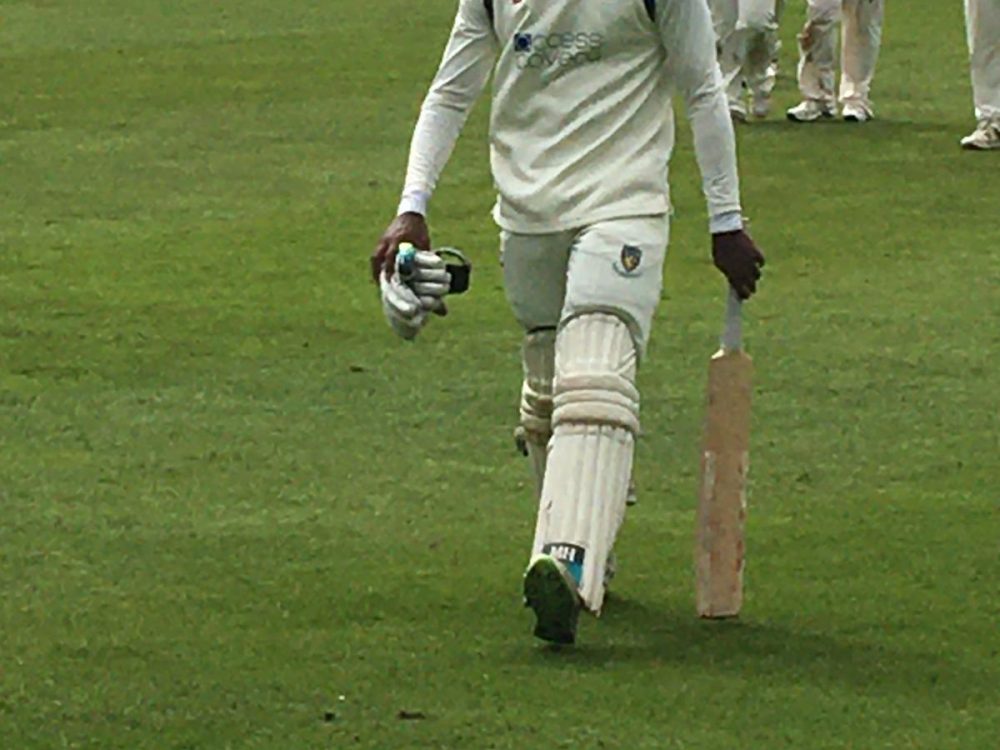 Week 6: Enjoyable Return For 1st XI After two weeks of watching, Wellington returned to action with an emphatic win.

May’s hopeless weather continued into a third weekend, with the 2nd, 3rd and 4th XIs all seeing their fixtures cancelled yet again. However, we did mange to complete two matches in the SCCL.

The 1st XI have been itching to return to action – although they would not have relished batting first at Frankton having lost the toss in bowler friendly conditions. Their innings got off to the worst possible start with Tom Masters falling in the first over, before Dan Lloyd, Sam Topper and Sam Roberts departed soon after. At 21-4, Wellington had a rebuilding job on their hands. Sam Bloor seized the initiative with a punchy 30 before Adithya Manigandan replaced him at the crease. He proved himself equal to the task. The youngster’s 54* – his first half-century for the 1st XI – set his side on course for a competitive total, aided by aggressive cameos from Ben Byram (20) and Tom Ellis (18*). Wellington closed on 167-8 from 50 overs.

Openers Steve Brooks (2-9) and Tom Ellis (3-7) immediately put the visitors in the driving seat with early wickets, reducing Frankton to 9-4, then 18-5. Spinner Dan Lloyd was introduced into the attack with immediate impact. He added three wickets to his side’s tally as the match moved towards a swift conclusion. Sam Bloor (2-9) provided the final wicket as Frankton were bowled out for just 35.

On Sunday, the 5th XI welcomed Chelmarsh II to Orleton Park in a match reduced to 25 overs a side by the weather. Wellington batted first and hit an impressive 140-5 in the reduced overs. Dan Ashton (38) and Kumar Singh (25*) were the main contributors with the bat. It proved to be every inch as good a score as it looked, especially in the Sunday win/lose format. Singh continued his good day with two wickets, as did returning youngster Ben Thompson (2-9 off 5 overs). Phil Snape (4-18) gutted the middle order to set up a comfortable win. Chelmarsh closed on 86-9 in their 25 overs.