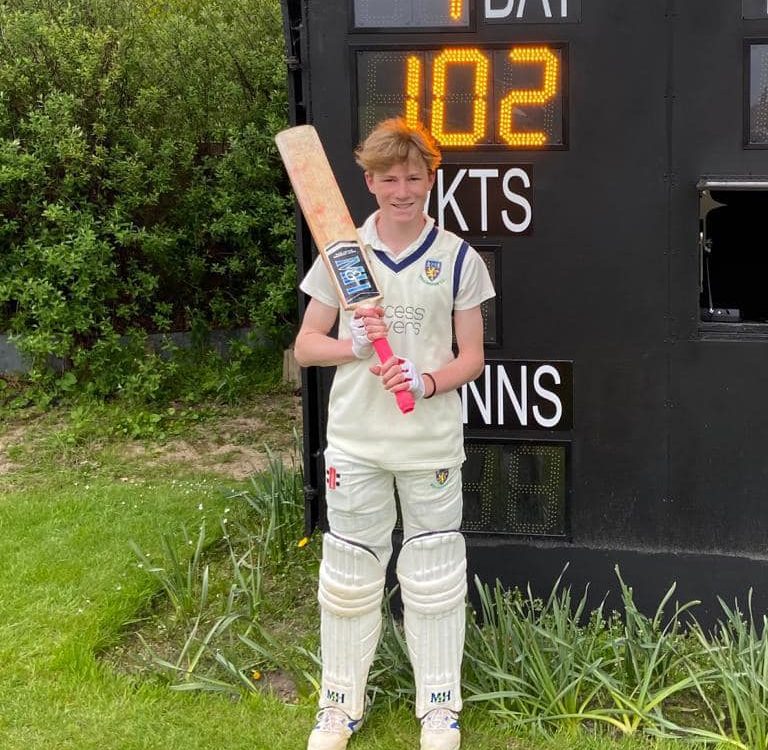 Wellington edged out Whitchurch in a highly competitive drawn match at Heath Road as skipper Dan Lloyd continued his fine early season form. The visitors batted first in the Premier League contest and posted a challenging total of 190-7 from their 50 overs. They were endebted to Lloyd for an accomplished 77 at number three, with support provided by opener Josh McDonald (26) and Wendell Wagner (35). Whitchurch responded with a fine opening stand of 57 before Wellington clawed themselves back into the game. It was Lloyd’s spell of 5-41 that put the contest back in the balance, but Whitchurch retained hope so long as Mas Hasnain (65) still at the crease. With all results possible, William Mashinge returned to the attack to pick up two prize wickets, including that of Hasnain, as the hosts finished on 188-9.

The 2nd XI were dimissed in just 33 overs at home to Bridgnorth II and were left to rue their lack of staying power as their opposition edged home in their surrendered overs. Captain Matt Stinson will have been left frustrated by the failure of his top order to push on after they all made starts at Orleton Park. Ian Murphy, the top-scorer with 37, was the only batter to progress beyond the teens. Faheem Chohan picked up two early wickets to give Wellington hope, but a third wicket stand of 92 effectively settled the contest – that despite two late wickets for Steve Moules.

Over at Sentinel, the 3rds had a terrific win, chasing down 242 in handsome fashion to pick up their first victory of the campaign. Ben Pilkington (3-41) was the leading light for Wellington with the ball, but the home side enjoyed the better of the first innings and they would have been confident of defending their imposing score. However, Wellington opener, the under 16 Freddie Timmis, had other ideas. He shared decent stands with Dan Pitchford (26) and Steve Pitchford (38) to set up the chase. However the telling partnership was with the returning Matthew Dickenson (63*) – a stand of 130 which all but delivered victory. Timmis fell for 102 – an inspired knock which saw Wellington home with seven wickets and two overs to spare.

The 4ths picked up a second losing draw of the campaign at home to Iscoyd and Fenns Bank. Wellington restricted the scoring in the opening exchanges but failed to take the wickets they needed. This haunted them after drinks break when the Iscoyd batters cashed in on their wickets in hand, in particular Duncan Wright (76). David Ross and Phil Snape took two wickets each as the visitors made 205-5. After a bad start, Henry Morris (39) and Rich Atherden (47) shared a long stand, moving the scoreboard on to 105-3. However the wickets then began to tumble and with the dismissal of Patrick Howells (24) focus shifted to avoiding defeat. Wellington closed on 152-8.

On Sunday the 5th XI started their league season at home to Shrewsbury 4ths in a match reduced by rain to 30 overs per side. Mo Bhatti, Andy Parkyn and Jamie Webb all claimed two wickets each as the hosts did a good job of restricting the scoring. Chasing a total of 115-8, Wellington slipped to 11-3 before Lewis Gough (53) saw his side to a three wicket win.

Our final match of the weekend was a 30 over friendly against Wolverhampton outfir Springhill. Top scorer for Wellington was Dhairya Jani, who helped his side to 130-9. Sadly it proved a simple chase for the opposition who powered home in just 18 overs, losing only two wickets. Nevertheless it was a a great day with three players making their debuts for the club.