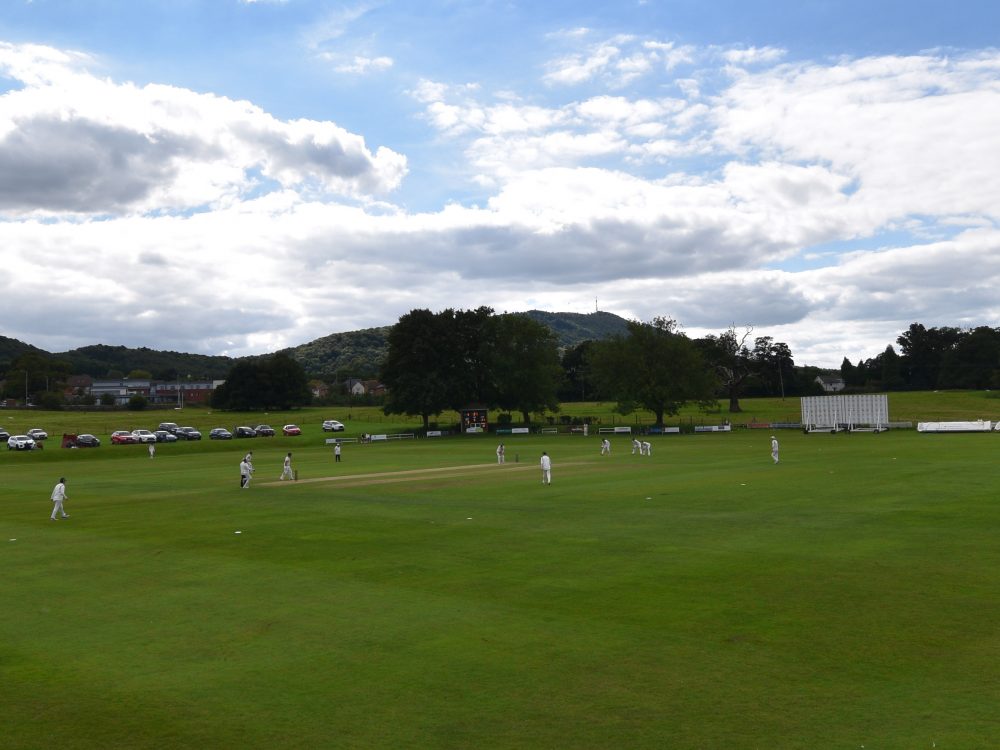 Week 23: Wellington Close Season With Three Wins It was a feel-good finish to the 2021 on a glorious September weekend.

With the 1st XI season concluded last week, the 2nds were flying the flag for Wellington and closed their season with a convincing win against Worfield II at Davenport Park. Steve Lamb (76) and Luke Goring (56) shared an opening stand of exactly 100 at the visiting batsmen stamped their authority on the game. Their large contributions, backed up by youngsters Elliot Byram (19) and Hugh Morris (27), helped Wellington to a tally of 213-5 in their 45 overs.  After tea, Martin Weill continued his fine finish to the season with a final day five-fer (5-45). There were also two wickets each for leading wicket taker Matt Stinson, along with Morris. Worfield finished on 186, all out in the 41st over, as Wellington cemented a solid sixth place finish in Division One.

The 3rds approached their final match against Wem II with an outside chance of winning Division Three – but results elsewhere saw Wroxeter crowned as champions, leaving the result largely academic. Nevertheless, Simon Topper’s side put in a terrific performance to finish their second-placed season on a high. Wellington batted first and posted a decent tally of 193-7 in their 45. They took advantage of a solid start before piling on the runs later in the innings. Topper (30), Steve Pitchford (25), Matt Earley (30), Stuart Taylor (41*) and Faheem Chohan (32) all enjoyed their final outing of the summer. Chohan (2-16) got the second innings off to a good start before a long fourth-wicket partnership turned the game Wem’s way. However, with the hosts on 139-3, Wellington came roaring back with Nadeem Chohan (5-24) and David Ross (2-22) sealing the contest. Wem lost their last six wickets for just 16 runs and finished on 176 all out.

The 4ths entertained champions elect Guilsfield and gave a good account of themselves on the final Saturday. Wellington posted a competitive total of 145-9 after being inserted by the visitors. Phil Snape (25), Charlie Reece (28) and Umad Hussain (31) were the top scorers for the hosts. In the second knock, youngster Krish Singh impressed with 3-17, whilst skipper Patrick Howells chipped in with three wickets of his own. The regular fall of wickets piled the pressure on the Welsh side, but they held their nerve to see out the game with two wickets to spare. For their efforts this season, the 4ths were rewarded with a fourth place finish in Division Five.

The club’s final match of 2021 took place on Sunday at Orleton Park as the 5ths entertained Column II. It ended in another victory for Wellington and came thanks to an excellent chase from  Kevin Vaughan (83) and Neil Bushnell (38). Their second wicket partnership made like work of the victory target of 146 posted before tea. Krish Singh (4-18) completed his fine final weekend for Wellington, whilst veteran pair Phil Snape and Andy Parkyn each claimed two wickets. The 5ths finished their campaign in third spot in Sunday Division Two – narrowly missing out on promotion.