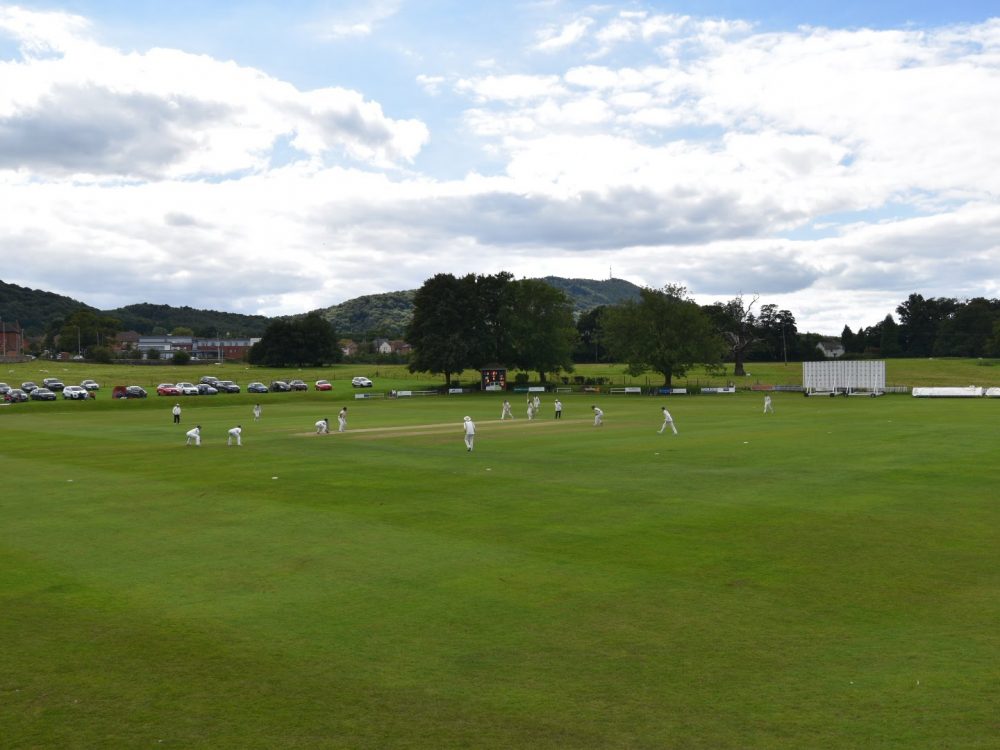 The 1st XI picked up a losing draw at second place Quatt to complete a mid-table finish in the SCCL Premier Division. Dan Lloyd continued his fine season with the ball. His return of 3-43 from 15 overs took him to an incredible 43 wickets this year. Whilst there were two wickets for Tom Ellis, Wellington’s bowlers would have been disappointed by Quatt’s eventual total of 209-9 in their 50 overs. Tom Masters (37) and Lloyd (26) gave the reply a strong base, before the team collapsed from 68-1 to 106-6. Wendell Wagner (22) and Adithya Manigandan (33*) mounted a recovery and attempted to set the game up, but when the captain was out his side had to settle for a draw. Wellington finished on 166-8.

The 2nds defeated Bomere Heath by four wickets to finish their home campaign in style. Martin Weill’s 4-28 and braces from Faheem Chohan and Steve Moules made it a straightforward first innings for Wellington’s bowlers. Bomere were dismissed for a sub-par 115,  62 of which came off the bat of Matt Jones. The hosts endured and then overcame a rocky start of 48-5 to chase down the target. Stand-in skipper Steve Lamb (30) shared the crucial stand with Matt Stinson (27*) – before the latter combined with Steve Moules (11*) to complete the win.

The 3rds have now guaranteed a top-two finish in Division Three – and go into their final match with the opportunity to overhaul table-toppers Wroxeter. They kept up the pressure with a winning draw against Church Aston. Wellington’s large total of 247-7 put the pressure on their opponents in the first innings – set up by Harjot Singh (50) and Simon Topper (59). Stuart Taylor (65 off 40 balls) and Ben Pilkington (32 off 15 balls) turned the screw in the latter overs. Wellington failed to make the early breakthroughs they needed, but maintained their control of the game to secure the draw . Church Aston finished on 219-6 after Anu Chandla had hit 78. Singh completed his good day with best figures of 2-39.

The 4ths held out for a draw against strong opposition in the form of Whitchurch 2nds. The visitors’ had a centurion in their ranks in the form of Ed Watson-Jones, whose 111 set his side up for a big score. Spinners David Ross and Sean Mendis took two wickets each, but they couldn’t prevent a total of 247-5. In reply, evergreen opener Duncan Taylor (45) shared a big opening stand with Henry Morris (62). But once Whitchurch got the breakthrough the wickets began to tumble quickly leaving Wellington satisfied to pick up a draw for their efforts on 174-8.

On Sunday the 5ths went into a crucial match at the top of Sunday Division Two with Wem 3rds. Wellington would have been happy with their work before tea, dismissing their opponents for just 116 with youngster Jonathan Evans taking a devastating 4-4. It could however have been much better had they managed to claim the wicket of Shaun Astley (72) earlier. After the break, the visitors slumped to 12-3, but Akyb Zadran (45 off 30) mounted a recovery in blistering fashion. At 72-4 the result looked beyond doubt, but Wellington’s tail capitulated and the team slumped to 99 all out. Steve Oliver’s side retain an outside chance of promotion if they can overcome Column II next weekend.