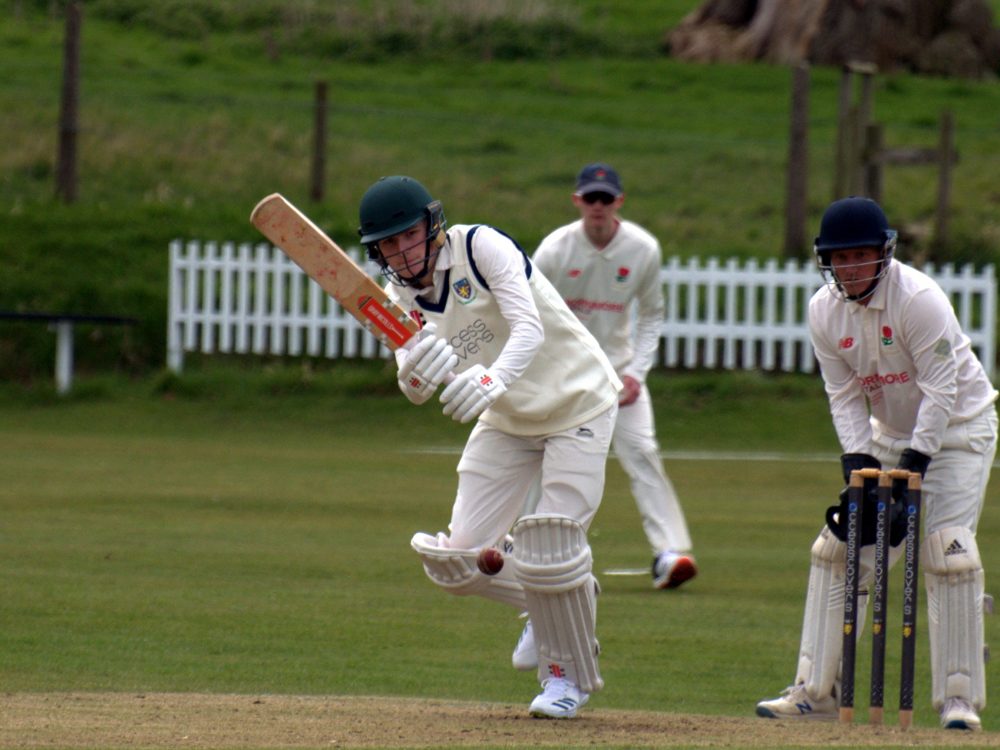 Week 2: Seconds Off To Winning Start Weill, Singh and Brasenell inspire victory on the road at Chirk.

Wellington lost their opening home match of their Premier League season after suffering a dramatic batting collapse against Newport. Chasing their opponents’ 152 all out, Dan Lloyd’s side sank to 34-8 as Johar Ahmed (5-32) and Shabbir Khan (3-10) ran riot. Wendell Wagner mounted a counter attack in unlikely circumstances, hitting 54 not out. However when partner Steve Brooks’ vigil was ended after 47 balls, the game was up for Wellington, who finished all out on 100. Dan Lloyd’s 6-29 was the bowling highlight of the afternoon.

New 2nd XI skipper Matt Stinson was delighted to watch his side claim an opening day win at Chirk. Wellington profitted from runs up the order from youngsters Elliot Byram (38) and Ed Bushnell (32) – but a middle-order wobble threatened to see them post a sub-par team score. However Alex Brasenell (56) and captain Stinson (27) led a gutsy fightback as Wellington closed on 198 all out. Martin Weill (4-34) and Harjot Singh (4-32) did the damage in the second innings, with Lewis Gough also picking up two wickets. Chirk finished on 136 all out.

The 3rds found the going tough in their Division Two opener at Ellesmere, but managed to salvage a draw for their afternoon’s work after frustrating their hosts. The North Shropshire side put Wellington to the sword before tea, their daunting total of 311-7 off 38.2 overs bringing the respite of a declaration. Youngsters Krish Singh and Shaun Mendis took two wickets each on a tough afternoon for the bowlers. However in response Duncan Taylor (34) and Rich Atherden (28) held fast against the openers. Matt Earley (28) and Simon Topper (30) continued the resistance, but a flurry of late wickets looked to have them beat. But last pair Krish Singh and Dave Ross had other ideas and held on for an unlikely draw with the score on 193-9.

The 4ths also earned a losing draw, albeit in a narrower contest, against Church Stretton at home. Wellington bowled first and did a good job of restricting the scoring, only for a heavy eighth wicket partnership to nudge the contest in the opposition’s favour. Stretton finished on 185-7 off 40 overs with Pat Howells taking two wickets. After tea, Dave Morris (29) and Phil Snape (37) built a solid opening partnership but Wellington gradually began to fall behind the rate. Howells (31*) did his best to reverse the situation, but had to content himself with a draw, his side closing on 148-6.

With the 5th XI not starting until next week, the club hosted an enjoyable friendly against Brewood on Sunday. Jonathan Evans (25) and David Good (20) top-scored in Wellington’s total of 135 off  35 overs. After the break, Brewood achieved the victory but Kumar Singh (4-14) and Umad Hussain (3-15) started off their seasons well with the ball.