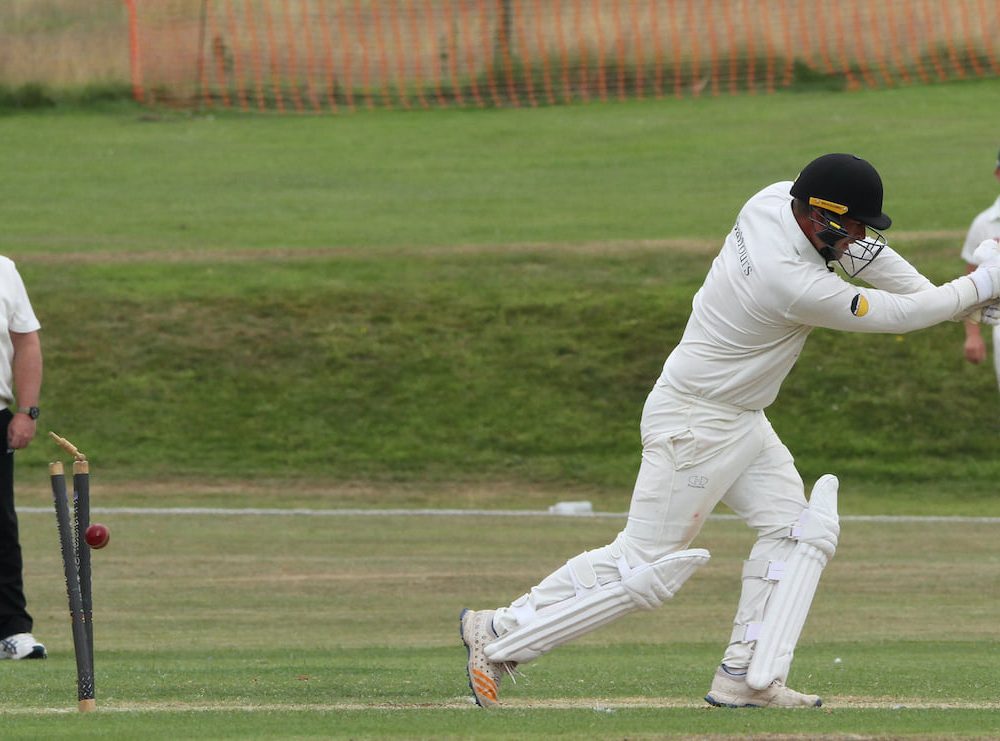 Week 15: Strong Showing Across The Weekend Wellington registered a series of great wins, but the 1sts lost at home.

Wellington suffered defeat at home to Ludlow at the weekend – and they would have been kicking themselves having dimissed their visiors for just 130. Luke Miles (37) got Ludlow off to a flying start with the bat, but once he fell with the score on 50, the south Shropshire side lost eight wickets for just 20 runs. Dan Lloyd continued his recent good form with 5-23, whilst Wendell Wagner took 3-25. However, contributions of 36 and 24 for the ninth and tenth wickets allowed Ludlow to salvage their situation and post a defendable total. Wellington’s recent batting woes continued after tea as Wendell Wagner’s side stuttered to 55-7. Just as their opponents did, the tail wagged and Tom Ellis (29) and Will Lewin (13) found a partnership of 47 to run the match close. However, once that was broken, the innings ran out of steam and the hosts finished 17 runs short.

It was better news for the 2nd XI who enjoyed a victory under stand-in captain Steve Lamb. Cound provided the opposition in this one and they were dismissed inside their 45 overs for 173. Harry Slater, Matt Stinson, Martin Weill, Hamza Bhatti and Stuart Taylor all claimed two as the wickets were shared equitably. Youngster Josh McDonald (52) struck a half century for Wellington as they gave chase. Matt Stinson then added a run-a-ball 25 to get the visitors over the line for the loss of six wickets with four overs to spare.

The 3rds had a straightforward outing at Frankton II, who chose to bat and were dimissed cheaply by a fired up Wellington attack. Indy Dhaliwal was playing his first match for the thirds and impressed with a devastating spell of 5-26. Tom Anderson added two wickets as no Frankton batter managed double figures. Youngster Adam Lloyd clearly had evening plans, striking a quickfire 36 to get his team home for a three-wicket win.

Dan Ashton bludgeoned an explosive 138 not out for the 4th XI at home to Beacon II. His contribution was the chief one behind a team total of 274-8. Ed Bushnell scored 39 at the top of the order, whilst Nadeem Chohan added a handy 21 not out. Beacon put up little resistance after tea as Chohan, Asad Sarfaraz and Umad Hussain all claimed two wickets. They were dismissed for 59 in the second innings.

Rob Anderson’s 79 and Azar Bhatti’s 37 helped the 5th team to handy first innings total of 211 during the visit of Lilleshall IV on Sunday. Phil Snape (3-14) provided the best bowling return for Wellington who bowled out the opposition for 110.

The first of two Sunday friendlies was a high-scoring affair at Orleton Park, where Grasshoppers posted 198-6 in 40 overs. Faheem Chohan claimed two wickets. Hugh Morris enjoyed a go up the order and cashed in an unbeaten 80. Elliot Byam (28) and Tom Masters (29) provided great support as Wellington won by three wickets in just 32 overs. The second friendly, away at Norton-in-Hales, ended in a heavy defeat for Wellington, who batted twice and still did not match their opponent’s tally of 180! Nevertheless it was a good run out and a game played in high spirits.