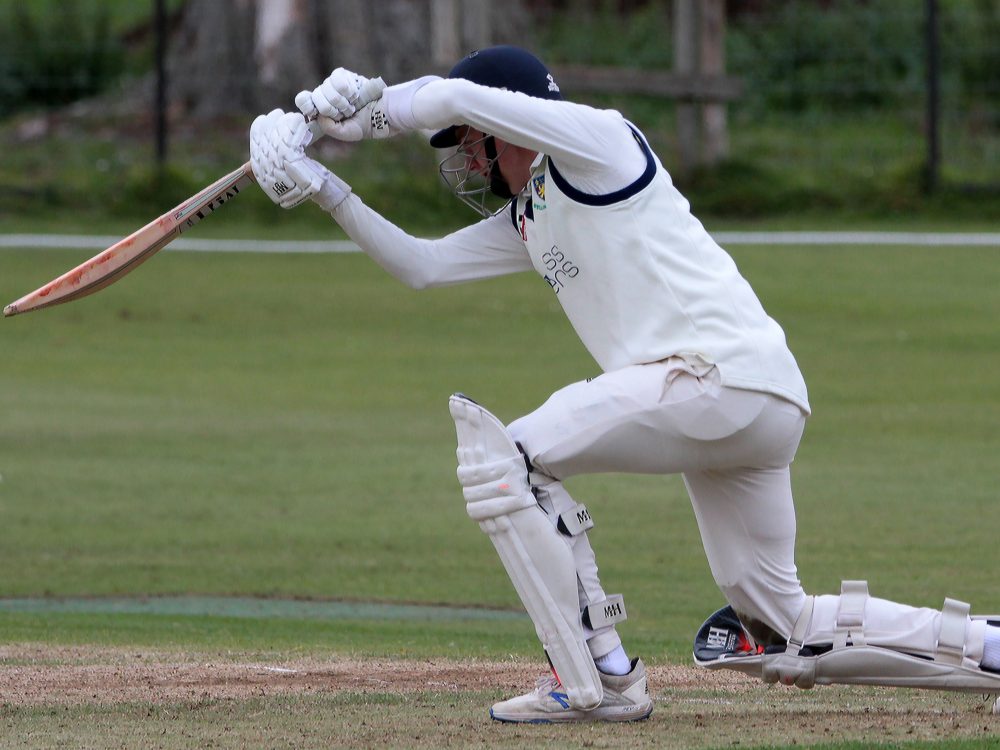 As we look back on the troubled and historic year of 2020, I think we can take pride in how the whole cricket club rallied together to overcome the various hurdles that were placed before us.

Back in March we were busily preparing for the season ahead, but of course the onset of the COVID-19 pandemic spoiled those plans. Within days, the question on everybody’s lips was whether we would be playing cricket at all.

It is to the club’s immense credit that it could call on so many positive people during those difficult weeks of the national lockdown. As the restrictions evolved, our volunteers were determined to find out what we could safely do – and make sure we were doing it. This began with recorded video tutorials for our youngsters, developed into one-on-one net sessions, and eventually some small group training. These sessions were particularly onerous on our volunteers in terms of the time required to supervise and we owe Cricket Committee Chairman Simon Topper, Head Coach Ross Edwards, and our army of captains and age group coaches a huge amount of thanks for their efforts in keeping the club open and safe for cricket.

On the financial side, many of the club’s usual streams of income were shut off by the virus – and we needed to react to that challenge. As such, we launched a Covidfund – a targeted fundraising drive to bridge an anticipated £10,000 shortfall in the club’s finances – in early May. With fundraising means limited to online methods only, at least in the short-term, it was an ambitious proposal; but we motored towards the target with our membership embracing the Online Bar (to a worrying extent in some instances), the monthly Zoom quizzes, and even a charity haircut. We were also grateful for many generous private donations, along with the ongoing and invaluable support of our Platinum Sponsors Access Covers and Junior Sponsors MR Btrac.

One of the benefits of our imaginative and proactive use of lockdown was that when the government announced that cricket could return in July, the club did not begin from a standing start. Steve Gough and the ground staff had kept the pitches in immaculate condition during weeks of drought and because of this we could take full advantage of the return to play. The club was determined to host as much cricket as we could in the remaining weeks of the summer.

Off the field, our chairman Steve Oliver put in hours of work to get the new outdoor bar up and running – and was a deserved winner of the Access Covers Inspire Award for his efforts. The club received many flattering remarks about the professionalism of the new operation; and players and members also embraced the new al fresco experience. I had several members comment to me about how fortunate they felt to have a safe space to relax and see friends and I am delighted that the club was able to provide that.

I am proud to report that all these efforts off the field were rewarded with successes on it. Foremost, of course, by our 1st XI who won nine of their ten league matches to qualify for a title deciding SCCL final against Quatt. In an epic match, Wendell Wagner’s side refused to lie down and secured a memorable fighting victory to cap off the season in style – an achievement followed by a socially distanced evening of celebration at the club. The team featured Academy prospects in the form of Matt Lamb, Adithya Manigandan and Will Lewin, learning the ropes alongside some more experienced heads. It was only the second time in the club’s history that we have been crowned Shropshire champions. Two years ago the club took the decision to invest in youth players through the Academy and use this as a foundation on which the club could challenge for a return to the Birmingham League. We are now beginning to see some early returns on this and we all look forward to seeing how the team will develop in 2021.

From the 2nd XI down, the club enjoyed solid seasons and, with no weddings, holidays, and festivals to distract, there was strong player availability. Given the high demand for games, we were also able to reinstate our 6th XI and arrange a series of Sunday friendlies to maximise the amount of cricket we could offer. This is something we will look to repeat in 2021. There were some terrific performances across the sides, especially from the younger players. However, the overriding impression of the season was one of enjoyment, of players pleased to be out there, competing and socialising with their friends.

One of the great fears the club’s management had was that junior members might lose interest in cricket during the pandemic and potentially be lost from the sport for good. Thankfully, that does not appear to have been the case, as anyone dropping off their youngsters to our coaching sessions after the restart will have noted. Thanks to the commitment of our coaches, we extended the junior season into the late summer to maximise the number of sessions we could hold. We were also able to organise many friendlies, although a disappointing amount were lost to poor weather. If there is any justice our boys and girls will enjoy a glorious rain-free summer in 2021 so they can make up for lost time.

Elsewhere, it was great to see Wellington Cricket Club benefit from and contribute to a real rallying of the local community in 2020. We managed to acquire nearly 100 new social members over the course of the year, including former players, parents, and local people who recognised the club needed a little help. It was equally pleasing to see the club and its membership giving something back to the area, particularly via the vast amount of donations received for Telford Food Bank. Furthermore, in hitting our Covidfund target we were able to support Severn Hospice and The Teenage Cancer Trust – our long-established charities – despite our own difficulties.

Off the field, the success of the Covidfund and the outdoor bar, along with a great uptake of memberships, meant that we have been able to break-even for the financial year ending September 2020. However, with the cancellation of our key annual fundraiser, Fireworks Night, in November, the next financial period will be similarly challenging. There will be another hole to plug and the club will need to come up with new ideas to fundraise and make the most of any relaxing restrictions. We will also be actively looking for new sponsors of all varieties in 2021 as we endeavour to keep the cost of cricket as low as possible for our members.

Looking to the year ahead, we are all yearning for a return to normality at the cricket club. However, the unpredictability of the pandemic and the winter resurgence in cases means that we will need to remain proactive and flexible – and most importantly positive – over the coming year. If we can repeat the can-do spirit of the last twelve months, we will be well placed to rise to the unknown challenges of the year ahead.

Finally, I would like to thank you all for your support last year and wish you and your loved ones all the best for a happy and healthy 2021. I look forward to seeing as many of you as possible at our Zoom AGM on Monday 25th January.