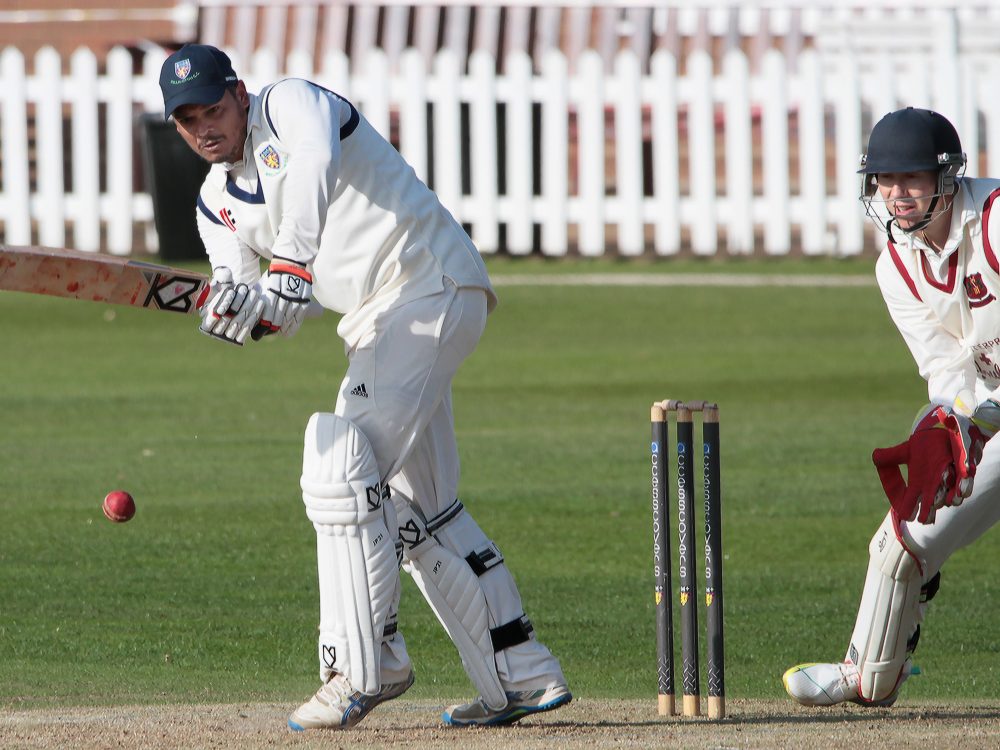 Review: Twos Beat Table Toppers Bridgnorth But it was a first defeat of the season for the 1st team against Whitchurch.

Wellington 1st XI endured a horrid afternoon when they played host to Whitchurch on Saturday. The travelling side won the toss and elected to bat, a decision which paid off big time when Mubeen Rashid (73) and Andy Jones (41) shared a second-wicket stand of 115. Their efforts set up a large total of 211-7 in their 40 overs, but it was aided by a series of spilled catches from the home fielders. Adithya Manigandan (3-38) was the pick of the bowlers. Wellington’s response was dead on arrival as the hosts slumped to 36-5 after a top-order collapse. Skipper Wendell Wagner (51) stood firm but he ran out of partners as his team went down to a heavy defeat, finishing on 109 all out.

Nevertheless, Wellington are the confirmed winners of the Mike Robinson group and will play Quatt, winners of the other section, for the SCCL Premier Division title on Saturday 26 September. That match will be played at Worfield.

Wellington II beat the side at the top of their group, Bridgnorth II, at Cricket Meadow. The visitors only claimed six wickets in the first innings, but the bowlers did an effective job of limiting the scoring in batsman friendly conditions. Martin Weill, with 2-30, was the pick of the bowlers as Bridgnorth put on 155-6 in 40 overs. Sam Topper (25) helped set up the chase before skipper Alex Taylor (39) and Stewart Black (50*) combined to seal the win. Wellington’s five-wicket win came with five overs to spare.

The 3rd team had a friendly date at Bowring Park against Harpers where they had Stuart Taylor (47*) to thank for posting a competitive total of 165 all out. Lewis Gough was also amongst the runs, striking 30 on a rare chance up the order. In the second innings, it was the same two players to the fore. Taylor (4-26) and Gough (5-11) broke through the Harpers middle-order and gave Wellington a win by 37 runs.

Wellington’s fourth team came out on top against Church Stretton at Orleton Park. Home openers Duncan Taylor (52) and Ed Bushnell (50) shared an opening stand of 121 to set up the innings. Ian Murphy pressed the accelerator hitting 39 not out off just 25 balls as Wellington’s innings concluded on 203-4. The home bowlers were frustrated in the second innings by the hitting of Hamran Khalid (74 off 42 balls) but once he was removed, they completed a 23-run win. Ben Pilkington (3-12) and Tom Butler (3-23) were the stars with ball in hand.

Tom Anderson (58) was the key contributor to Wellington V’s first innings total of 135-9 when they entertained Worfield III on Sunday. Unfortunately he received little in the way of other support against a strong opposition. After the break, the visitors completed a seven-wicket win in just 22 overs with Ed Bushnell taking 2-16.

Wellington 6th XI had a home friendly date with Condover at Orleton Park. Batting first, the home side hit 231 in their 40 overs with Matt Pitchford (53), Matt Earley (52) and William Casey-Fitton (36) the top contributors. Ina Vidyasankar with 3-32 enjoyed his afternoon with the ball as the visitors were dismissed for just 96.