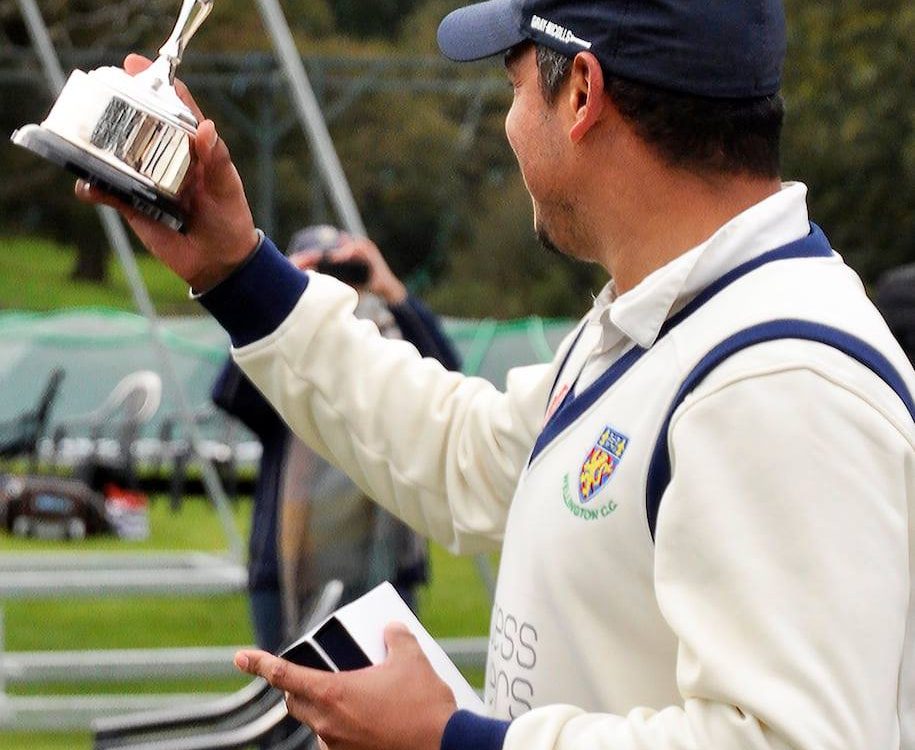 Review: The Perfect Finish Wellington secured the SCCL title after Lamb and Byram kept their heads.

For Wellington, it was the perfect finish to the SCCL Grand Final at Worfield on Saturday as they edged out Quatt in a tightly fought contest. Skipper Wendell Wagner won a crucial toss and duly inserted the winners of the Clive Smith group at Davenport Park. He then saw his bowlers get off to a great start as their rivals were reduced to 36-3 and then 72-7 thanks to Tom Ellis (2-58), before Wagner himself contributed a miserly spell of 2-12 off 8 overs. Quatt then produced something a comeback, putting on 43 for the 8th wicket and 38* for the ninth as Craig Jones (43*) and Ryan Wheldon (38) took the game back to Wellington. Their total of 153-8 certainly fell into the category as something-to-bowl-at, but their opponents’ nerves would have been settled by an opening stand of 40 between Mat Batkin (23) and Tom Masters (13). However, a flurry of wickets saw that comfortable position very quickly turn to 74-6. It look to all observers that Wellington’s number might have been up, but an incredible rearguard was on the cards. Matt Lamb (39*) and Ben Byram (30*) steadily built what proved to be a match-winning partnership of 80 which saw the side home with ten balls to spare and sparked wild celebrations from their teammates. It is only the second time in the club’s history that Wellington have been county champions and was a richly deserved result after a difficult season.

The 2nd XI finished their season with a seventh victory out of ten when they got one over on neighbours St Georges on the road. They bowled first in this one and restricted their hosts to 159 all out with Ryan Fernando and Henry Morris picking up two wickets each and Stuart Taylor returning 3-15. Luke Goring struck 54 at the top of the order to set it up for Wellington before captain Alex Taylor (36*)  and brother Stuart (43) combined to seal the points. The five-wicket win means Wellington finished third in a closely contested pool in Division One.

The 3rd team hosted Harpers in the last match of the season at Orleton Park and ran out comfortable winners. Ed Bushnell has been something of a run machine of late and he struck 71 here to get his side towards a healthy total of 170 before the break. Josh McDonald added 24 down the order for Wellington. Hugh Morris continued his excellent season with 2-16 with the new ball as Harpers immediately found themselves in trouble. Their innings was already flagging before Tom Anderson (4-7) and Lewis Gough (2-12) turned the screw and saw the opposition off for just 69 – and earned a handsome victory to end the season in third place in their pool.

The 4th team also finished the campaign in third position in their pool after a impressive home win over unbeaten champions Shrewsbury III. The visitors put on 70 for the first wicket, but the home bowlers came back strongly. David Ross (2-14) and Alex Fox (3-33) put a break on the visitors’ progress. However, thanks to the impressive Dylan Edwards (78), Shrewsbury still posted a strong total of 192-5. Wellington chased the total down in style, losing just two wickets on the way, both of which were run-outs. Elliot Byram (62) stood tall at the top of the order, before Ollie Stott (72*) and Ian Murphy (22*) finished the job.

The 5th team went down to a defeat in their last match against Madeley III away from home. A total of 173 for the home side was always going to be a tall ask after Alex Holland made 69 for the hosts. Andy Parkyn, Dan Ashton, Asad Sarfaraz and Phil Snape all claimed two wickets each for Wellington. Ashton’s 41 with the bat was the only innings of note after the break as the hosts slipped to a 61 run defeat.

The 6th team closed Wellington’s season with a friendly away to Forton. Sadly, they weren’t able to post a competitive target with Dan Pitchford (20) and Matt Earley (19) the only scores of note. The team’s effort of 105 all out was clearly sub-par and Forton chased it down with minimal fuss for a six-wicket win.