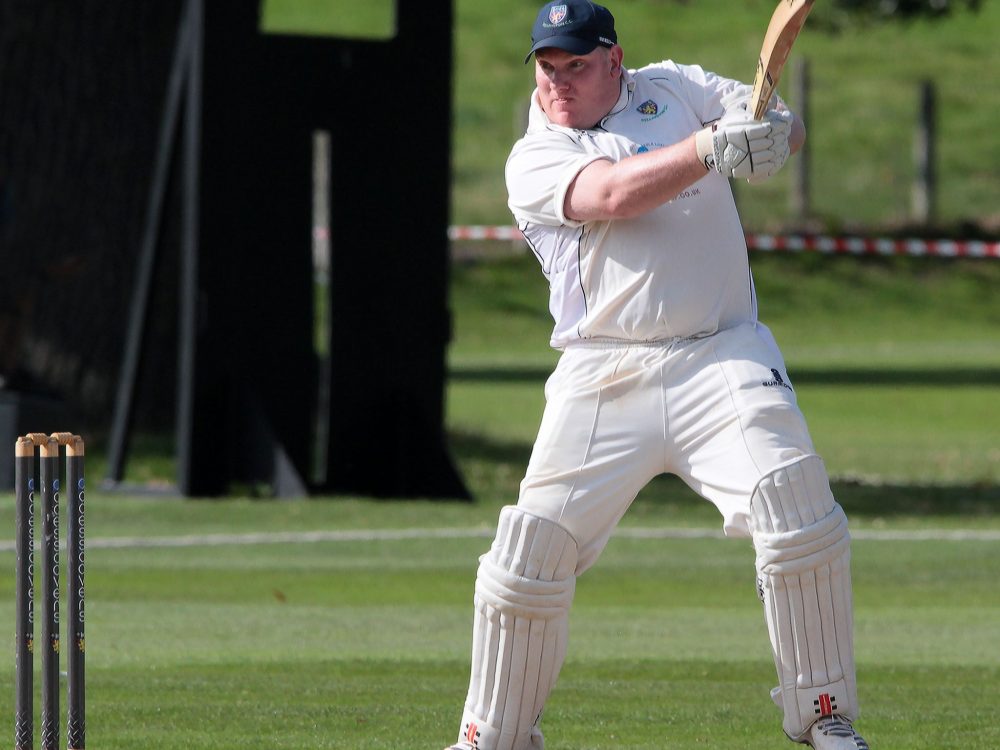 Review: Atherden Steps Up As Captain Pat Feels The Heat The 4ths needed a hero after Howells' illness left them leaderless at Column.

Photo: Steve Moules battles to turn the innings around against Worfiled (John Cutts).

Wellington 1st XI completed their regular season by registering their ninth win in the Mike Robinson group of the SCCL Premier Division. They chased down 210 to win at Sentinel in their final match – a welcome confidence boost ahead of next week’s Grand Final against Quatt at Worfield CC. The hosts enjoyed a big opening stand between Ed Ashlin (35) and Steven Gray (46) but Wellington came back into the game as they picked up wickets late in the innings. Adithya Manigandan (2-32) and Tom Ellis (3-42) – who picked up key man Jamie Wear for 59 – led the fightback for the visitors as the Shrewsbury side finished on 210-7. Wellington flew out of the gates thanks to Mat Batkin (57) and Tom Masters (33), but their progress was checked by the loss of middle-order wickets. However, James Flynn (30*) steadied the ship and completed the win with five balls to spare and five wickets in the shed.

The 2nd XI’s faint hopes of topping the Division One Peter Byram group were terminated by a home defeat against Worfield II. Wellington’s recent struggles with the bat were once again evident as Alex Taylor’s side set a sub-par total of 138-9 in their 40 overs. Sam Topper (38) led the way at the top of the order, but none of his teammates passed 20 with the bat. All of which meant that the home bowlers were tasked with a tricky score to defend. Laurence Pickin (45) held the innings together as Wellington struggled to make headway. Ryan Fernando took two wickets, but Worfield won with four wicket and four balls left.

The 3rd team had a home friendly with Wheaton Aston and it was a high-scoring affair. Wellington batted first and put on a mammoth 268. Matt Earley (39), Matt Pitchford (54) and Simon Topper (27) got the team off to a great start, but Stuart Taylor’s 73 off just 36 balls supercharged the innings. Undeterred, Nathan Whittingham hit 129 for the visitors in the second dig, but there was little else in the way of support for him. They finished on 212-8 in their 40 overs with Matt Earley taking three wickets and Lewis Gough two.

Over at Column, Wellington IV’s produced a marvellous runchase to secure an unlikely victory after the home team notched up 254-8 in 40 overs. Openers Daniel Taylor (83) and Chris Scott (62) provided the foundation for their side’s big score, whilst Richard Atherden (3-28) was the one Wellington bowler to escape the carnage. However, cricket is a game of two halves and the visitors turned the tables on Column after the break. Ed Bushnell (69) was in blistering form and got his side ahead of the count, with Ollie Stott (32) and Ian Murphy (31) also contributing. With skipper Patrick Howells coming down with an illness, deputy Rich Atherden stepped up to the plate with a finisher’s innings of 51 not out. Ben Pilkington was also unbeaten on 29 as the visitors won by six wickets in the 37th over.

There was an unbeaten century for Ed Bushnell on Sunday as the 5th XI defeated Newport III at Orleton Park. He smashed 119 for the hosts and was the main reason they were able to post a first innings score of 230-5 in their 40 overs. No other batter passed 20 for Wellington. Andy Parkyn (3-32) and Bushnell (3-5) were the main performers with the ball as Newport succumbed to 143 all out.

The 6th XI played host to Forton at Orleton Park on Sunday and won the match by 62 runs. The difference on the day proved to be Daniel Pitchford, who helped himself to 61 at the top of the order. Nevertheless Wellington were bowled out in just 33 overs for 157. As it happened, that would prove enough on the day. Dan Ashton’s three wickets, and two for Jamie Hireson, comdemned the visitors to 95 all out.