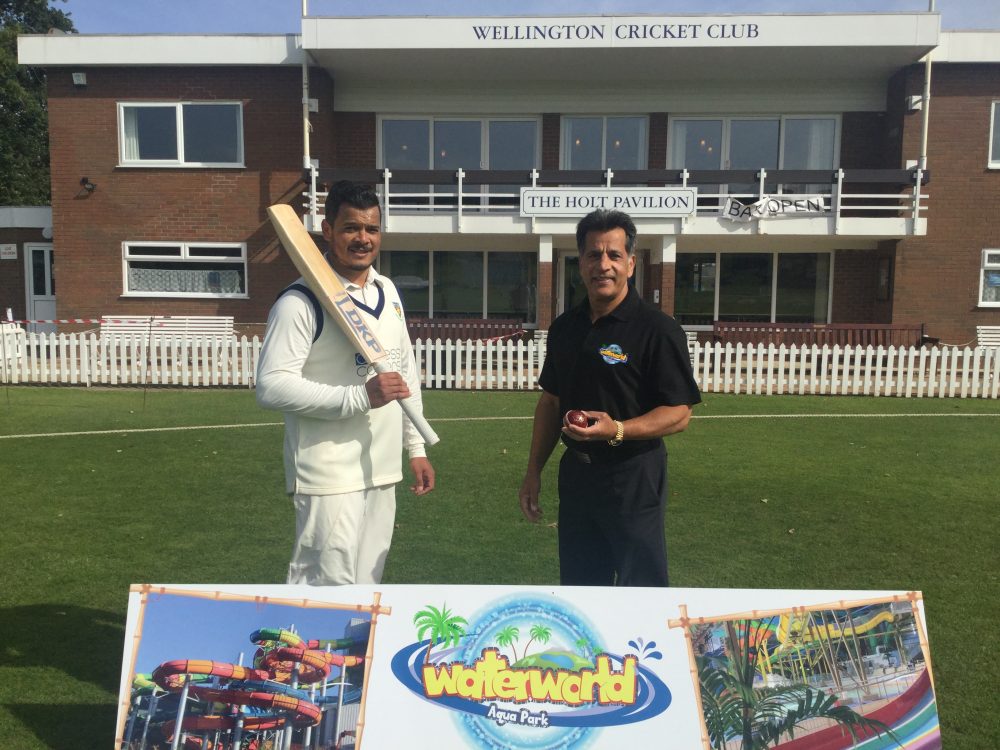 Mo Is Delighted To Give Something Back To Wellington

Entrepreneur Mo Chaudry says he is delighted to be able to give something back to
the Shropshire cricket club which provided him with some of his most
‘transformational’ experiences.

Mo, the owner of the Waterworld Leisure resort in Stoke-on-Trent as well as the
region’s Adventure Mini Golf and M Club health and fitness brands, was raised in
Telford after arriving in the UK from Pakistan as a youngster.

He played cricket for Wellington for seven years from the age of 15, including several
seasons in the first XI, eventually going on to represent Shropshire.

Now he has been able to reconnect with the club which gave him his start in the
game, by sponsoring a Waterworld advertising board at Wellington’s Orleton Park
ground.

Mo returned to the club to officially launch his new partnership before the weekend’s
match against Whitchurch, meeting current first XI captain Wendell Wagner, and
taking a trip down memory lane with some of his former club colleagues.

He said: “Some of my happiest memories, while growing up, are connected to my
time at Wellington Cricket Club.

“As one of the club’s very first Asian players, I was very much outside my ‘bubble’.
This was a transformational time for me, and the club helped me to broaden my
horizons, and gave me plenty of encouragement as an up-and-coming young player.

“I have got nothing but fond memories of my time at Wellington, so I’m delighted to
be able to pay this back in some small way, by sponsoring a Waterworld advertising
board at their ground.

“This has always been a great club, both on and off the pitch, and has been very
progressive over the years.”

David Ross, Wellington Cricket Club’s secretary, said: “We are delighted that Mo and
the team at Waterworld have decided to support the club during these
uncertain times.

“Mo played here as a youngster and it is great to know that he still holds great
memories of the place – we have always prided ourselves on our progressive,
inclusive, multi-cultural playing base.

“Mo’s support will allow us to continue offering young people in Wellington a fantastic facility where they can learn and play cricket just as he did many years ago.

“We would like to thank Mo for this generous sponsorship and look forward to our
future partnership.”