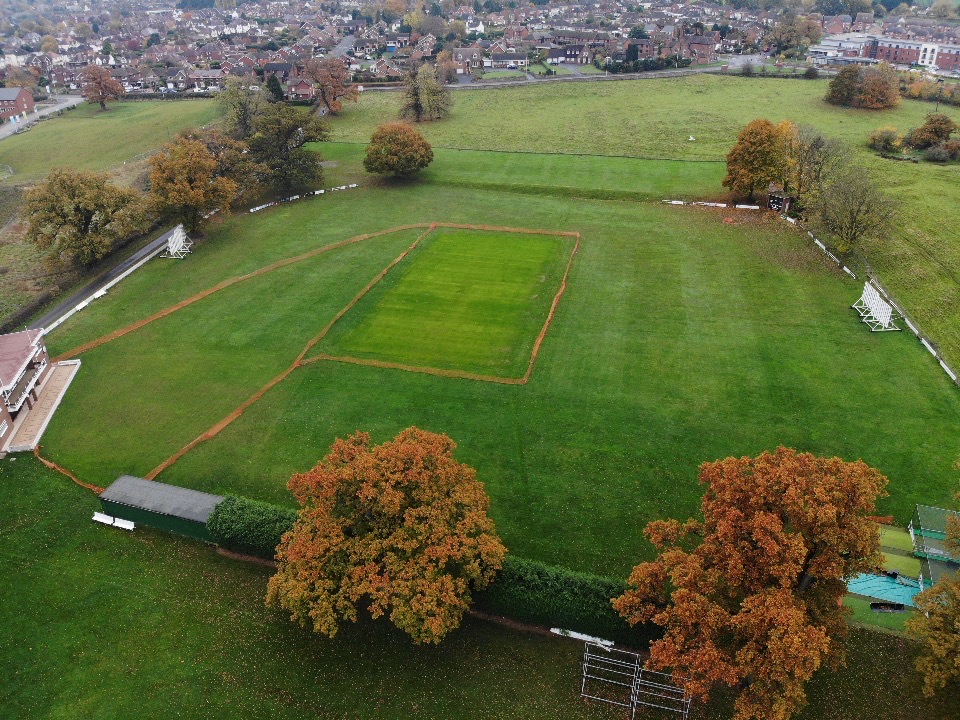 As we head into the Christmas period, work continues to take place to get the pitches ready for next season – and also to improve the non-playing areas.

After being relaid both squares were spiked to a depth of 80 mm, and have been spiked again to 25 mm to keep the surface open. They are being continually cut and have just been given a slow release fertilizer which will last until February. The outfield has also been trimmed with the Wessex mower in the last week.

Away from the pitches, Phil Snape and I have been busy tidying up the wooded area at the back of the portacabin. It was a bit of a mess, but it’s now looking great. We are going to leave it open and put some new fencing up in the New Year. If anyone has any ideas on how this area can be improved, please let us know.

As we approach the end of the year, I would like to thank all the ground volunteers and club members who have played their part in 2021. It has been a challenging year, particularly with the weather in the spring, but we have been able to make improvements to the fields in the close season which should reap long-term benefits.

If anyone has spare time over the coming weeks and wants to get out of the house, there are still plenty of small jobs to be done at the ground. Just call me on 07971582893 if you can help out.

Merry Christmas and all the best,