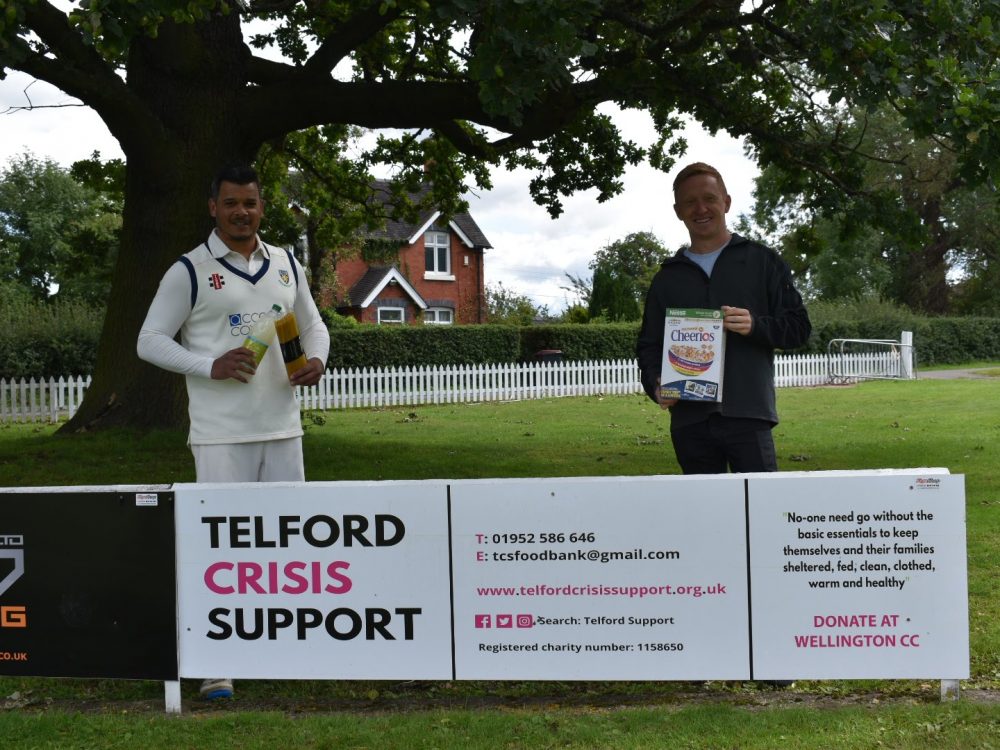 Food-Drive Is A Huge Success

Wellington Cricket Club’s Food-Drive, which ran over the Bank Holiday Weekend, has been hailed a huge success by Telford Crisis Support, who operate the foodbank in Sutton Hill, Telford.

The local sports club teamed up with the charity earlier in the summer and has been raising donations of food and sanitary products from playing and social members for several months.

David Ross, secretary of Wellington Cricket Club, explained the idea behind the Food-Drive, which ran for three days.

“We wanted to boost donations for the foodbank whilst the club was still open. After the cricket season finishes, the club will be closed for several months, so we wanted to have one big push.”

He added: “Wellington Cricket Club has been so generously supported by members of the local community this summer, which has been hugely challenging from a financial point of view, that we wanted to give something back. Pleasingly our members really got behind the concept.”

Wellington’s players and members, as well as opposition teams from the Bank Holiday fixtures, contributed toward a large haul of donations which ran into several trolly loads.

The club also donated the weekend’s match fees to the charity, totaling £330. Meanwhile, Man Group Plc. a commercial supporter of the club, added £250 to take the overall tally to £580.

Ollie Locker of Telford Crisis Support thanked the club for its efforts.

“We are grateful that the players and members of Wellington Cricket Club have got behind the Food-Drive. We distributed over 60,000 meals to local people in the first seven months of 2020, so we are in constant need of donations.”

If you to find out more about Telford Crisis Support and how you can help, please visit telfordcrisissupport.org.uk