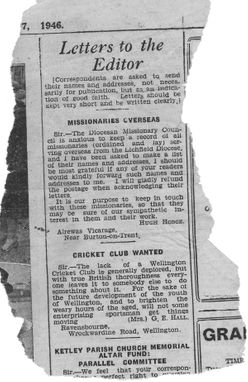 It is a little known fact that the instigator of setting up a cricket club in Wellington was in fact a woman. A Mrs G E Hall wrote a letter which was published in the Wellington Journal and Shrewsbury News in 1946. In her letter Mrs Hall deplored the lack of a cricket club in Wellington and wondered if “for the sake of the youth of Wellington, and to brighten the weary hours of the aged, will not some enterprising sportsman get things moving”. Well someone must have got things moving because Wellington Cricket Club was formed in 1947 when the then Earl of Powis generously donated land for the townspeople of Wellington to play cricket.

The club began to prosper and in the early 60s the club built its first ‘solid’ pavilion. This single storey building, constructed entirely by its members, replaced the old tin shed the players had been using.

During the 1970’s and 80’s, Wellington hosted Shropshire’s Gillette and NatWest cup games, with Essex, Yorkshire, Surrey and Somerset all visiting the club. Shropshire continue to play minor county and NatWest preliminary round games at Wellington. In 1979 Wellington staged the first class match between a full India team and the Minor Counties.

In the 1980s and 90s Wellington has hosted many benefit or fund-raising games. These games bring many famous players to the club. The most recent being Yorkshire CC with Darren Gough, Martin Moxon, David Byas and Michael Bevan. These games not only provide exciting watchable cricket but also the best facilities in Shropshire to accommodate both the players and the viewing public. 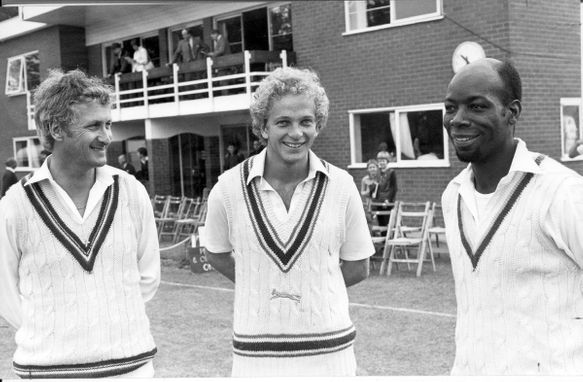 In 1997 the club celebrated its 50 anniversary. The years since then have been the most momentous since the club was founded, with Wellington’s first Shropshire League title in 1998 being followed by promotion into the new Birmingham and District Premier League for the 1999 season. The first team finished fifth in both the 1999 and 2000 season.

After gaining promotion to the Birmingham & District Premier League top division in 2002, Wellington CC employed a club professional for the first time. With Chris Rogers’ inspiring the home grown talent the team won the championship in 2003 and then retained the title a year later with Benji Hector as the club pro (after Rogers had moved on to play 1st class cricket for Derbyshire CCC). 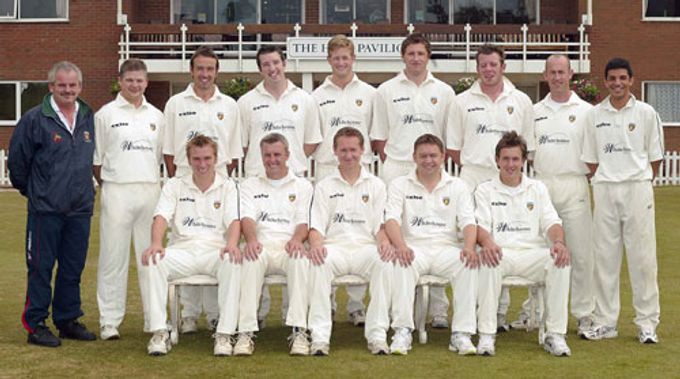